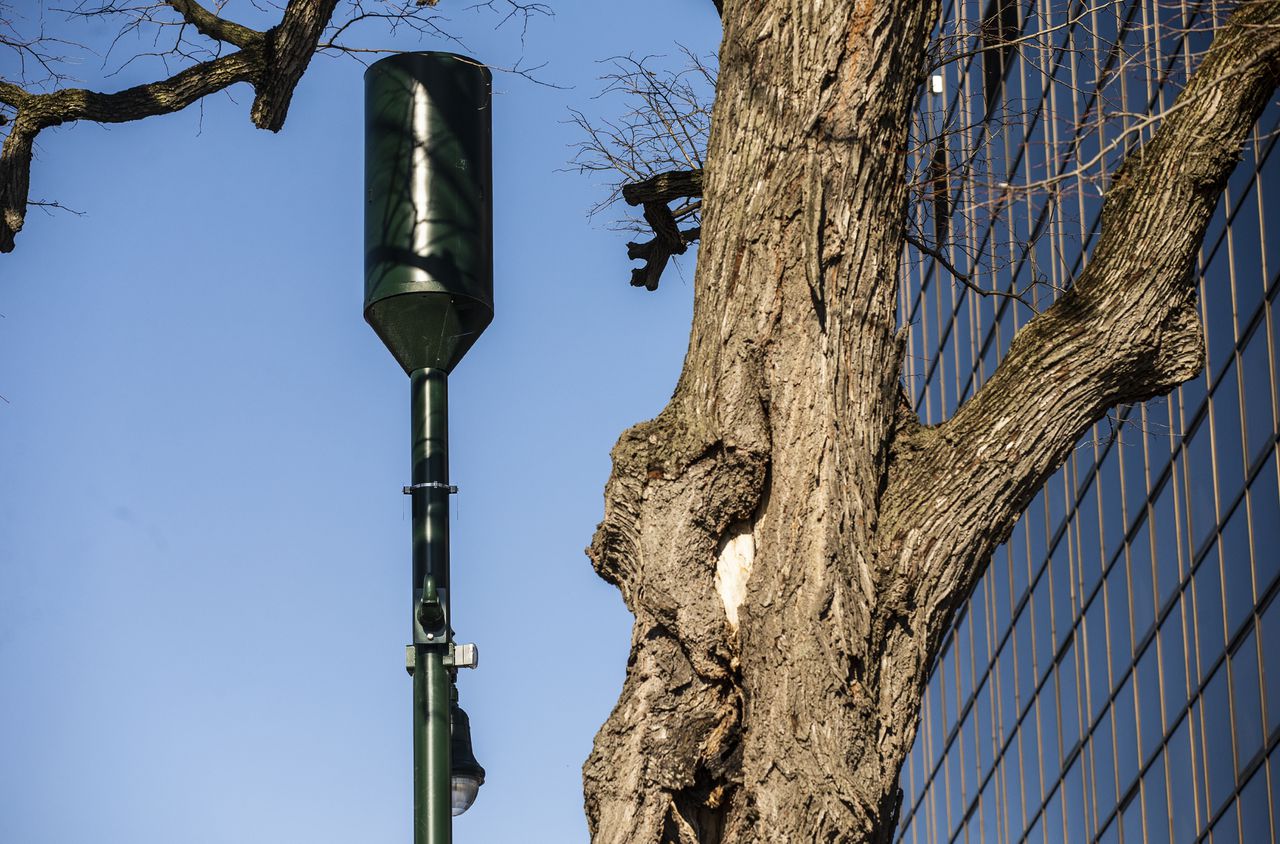 What are these strange poles popping up in Harrisburg?

HARRISBURG – In Front and Chestnut Streets in the city center, a strange dark green lamppost topped by a large cylinder stood up.

Dave Manns spotted it on Wednesday and had no idea what it was.

“At first I thought it might have something to do with the sewage system,” he said, having noticed teams in the area where this kind of work is often done. Other residents thought it could be a gunshot detector.

It turns out that the pole and the cylinder form a 5G cell tower. And he’s one of the first dozen to appear in Harrisburg. Eventually, there will be a hundred, according to the city engineer, and that’s just for one carrier: Verizon. If other companies switch to new technology to improve data speed, there could be many more in the future.

“It’s an unusual piece of equipment,” Manns said. Having worked in telecommunications before, he was amazed at how compact it is and how it blends into the background, without becoming an eyesore. “I think it’s a good thing.”

Where he lives in downtown Harrisburg, he does not yet have 5G service, but he said he was happy to see it arrive in the city. For full coverage will require a network of them in all parts of the city.

In addition to getting free replacement or new street lights, the city also receives rental payments from cell phone companies each year as well as installation fees.

5G is the new wave of cellular technology and is much faster than 4G LTE service, enabling high-speed video streaming and services that may be needed in the years to come.

Verizon officials said they couldn’t discuss plans to build the 5G network outside of what had already been announced and couldn’t talk about further development in the city.

“I can tell you that we are committed to investing heavily in expanding our coverage this year across the country,” Verizon spokesman Chris Serico said. “That said, Verizon uses a balanced approach to design the best possible network for the needs of each local community. We work for a long time with every city and follow all applicable laws, including local requirements, to develop the small cell pole designs you see today.

While it’s not immediately clear how many towers will be erected, Verizon’s coverage map, which updates in real time, shows 5G Nationwide is available in Harrisburg and much of the surrounding area.

Ultra Wideband 5G service is available in parts of major cities, including Philadelphia, Baltimore and Washington DC In Philly, 5G towers are affixed to traffic lights, Martin said, but this is not allowed in Harrisburg because PennDOT has restrictions on traffic lights. for third-class cities.

AT & T’s coverage map is similar.

In 2018, the Federal Communications Commission unveiled new rules for the timing and budget for installing 5G. According to the New York Times, the new rules were supported by telecommunications companies to streamline the process, but opposed by city officials who wanted more local control and enforce local regulations.

According to reports, the FCC has set a 60- to 90-day clock for officials to approve or reject installation requests, and they are limiting the amount city officials can charge to deploy the small towers.

Many local officials have expressed concern over the loss of income and being forced to drop a control measure as part of the plan, the Wall Street Journal reported. Telecommunications companies, on the other hand, have called local rules onerous while national security officials have raised fears that the United States is falling behind in the race to develop 5G, according to reports.

Nearby, Swatara township director Jim Fosselman said he was not yet aware the township was approached for 5G coverage yet. The possibility has been discussed by municipal authorities, but no action has been taken.

He said 5G only requires a pole, not a giant tower, and there are plenty of them already on the streets of the township, so at this point he doesn’t see a reason for concern.

The Chestnut Street Post and Front Street Post in Harrisburg blend in with other posts and the park and river in the background. The city engineer said Verizon is honoring its requests to paint some poles green for this exact reason.

Rebecca Stimeling works for the Dauphin County office for mental health, autism and development programs across from the new hub and said it was barely noticeable.

But what she’s noticed is faster cell service in recent days. Her phone this week showed it was using the 5G service, and she said webpages open faster and videos connect much faster.

Verizon officials say small towers like the one on Chestnut and Front Streets are an important part of ensuring reliable connectivity to subscribers, especially now when many people are working or learning from home.

“These small antennas strengthen our network in the areas where we deploy them, resulting in faster speeds, greater capacity and more reliable connections,” said Serico.

READ: Harrisburg Baby Dies After Mum Smokes Weed, Takes A Pill, And Rolls On Him: Prosecutors

Business people on the move