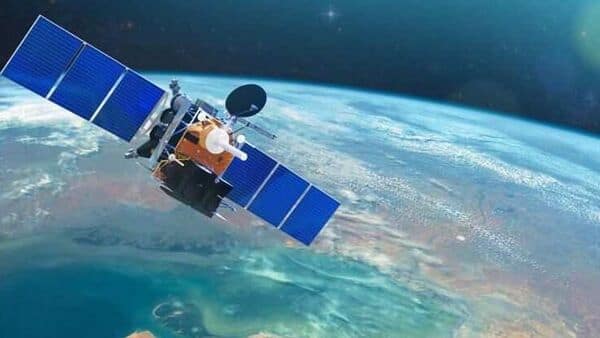 New Delhi: Tata Group company Nelco teamed up with Canadian satellite internet company Telesat last year, entering the race to provide internet services via satellite. In an interview, Pradip J Nath, CEO and Managing Director of Nelco, explained how satellite internet can help improve internet infrastructure, who uses it and what its limitations are. Edited excerpts:

How do satellite ISPs work today and how can LEOs change that?

Until now, most commercial satellite Internet services have operated on geostationary satellites in equatorial orbit (GEO). Companies like the Indian Space Research Organization (ISRO) and existing global operators already have several GEO satellites in orbit. Even among the GEOs, technologies have evolved. In the future, software-defined satellites will be launched. Steerable beams are also coming, which will help provide connectivity to moving vessels. Such technologies are already being deployed as we speak.

The GEOs are used today to offer connectivity for ATMs, as well as in-flight Wi-Fi and maritime services since February 2020. All of this is already operational.

Low Earth Orbit (LEO) satellites are newer and have different characteristics, mainly in terms of latency. These can offer services equivalent to high-speed fiber, with a latency of 40 ms. Latency is the time it takes for data to travel from source to endpoint. With GEO satellites, the latency can be around 500ms. LEO satellites also bring more capacity through multiple satellites, so they will likely only be used in markets that require standard fiber connectivity, but it is difficult to install physical lines there.

Which market segments are LEO operators likely to initially target?

We see the market operating as a combination of GEO and LEO – for example, an ATM will never need high capacities or low latencies. LEOs will only make sense in cases such as connecting a remote village, a 5G link or remote data centers, thereby expanding the market reach for satellite internet providers.

We believe LEO broadband satellites will be primarily a business-to-business (B2B) offering. LEO operators will find it difficult to compete with existing telecommunications operators using broadband services via mobile or other networks. Most of the time, areas that are not served by existing operators can be targeted by LEOs, but this is not enough in terms of yield, given the large capacity that these satellite networks would have.

How will conventional telecom operators and satellite operators line up next to each other?

In consumer connectivity, technology doesn’t matter – it all depends on marketing initiatives and the scale of infrastructure a carrier has. Speaking of a conventional telecom operator, which is primarily a consumer offering, nearly 90% of all of its revenue comes from consumers in a billion-dollar industry. For satellite operators to take over their existing market share, also for no real reason, does not seem practical.

Satellite internet services make up about 5% of the entire telecommunications industry globally, let alone in India. Suddenly increasing and eating away at their existing market share would be a purely ambitious plan for satellite operators. It is also important to note that in most consumer markets, the cost of laying fiber lines is much cheaper than the cost of deploying satellites and corresponding ground stations.

Is it viable in terms of costs to offer Internet by satellite in remote villages?

It’s a problem for sure. For example, someone living in a remote village may not be willing to pay the same prices as people in metropolitan areas for Internet services. The government has a mandate to connect all regions of the country, but within this framework, one must analyze the affordability behind the cost of connecting each individual, even in the most remote regions.

The government could step in to offer subsidies to connect remote areas in the future, in line with the Ministry of Telecommunications’ Universal Service Obligation Fund (Usof). Such acts could subsidize the costs of deployments, but today it is too early to say that this is how the internet industry would progress.

It is for this reason that consumer broadband over satellite internet in India is a question mark, for now.

Note: The print copy of this story incorrectly mentioned that Nelco was not dependent on LEO satellites and that it already had GEO satellites. That and the complete GEO (geostationary equatorial orbit) shape has been corrected here.

* Thank you for subscribing to our newsletter.