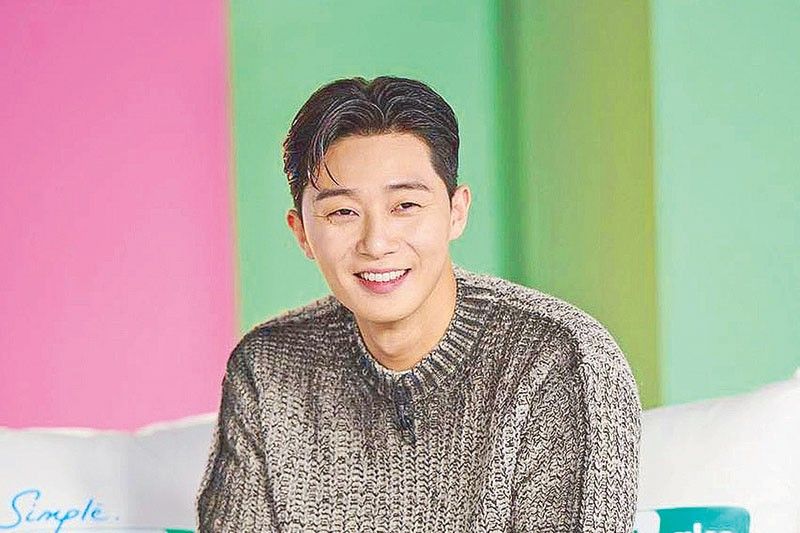 South Korean star Park Seo Joon made virtual connections with his Filipino fans over the weekend via Smart Hallyu Hangouts, where he answered some of the biggest questions they had about his career and personal life. .

The 32-year-old actor behind the hit K-Dramas Itaewon Class and What’s Wrong Secretary Kim spent two hours of his Saturday afternoon at the event presented by local mobile service provider Smart with the streaming service pan-regional Viu, although he still feels jet-lagged from a two-month shoot in England.

One of the questions that sparked the virtual encounter was whether he had noticed that his popularity had increased, especially abroad, given his recent international projects such as the Captain Marvel movie sequel alongside Brie Larson.

He said that â€œphysically it’s a bit difficult to feel, the times being what they are right nowâ€.

Seo Joon added that he missed being here in the Philippines because during the last fan meeting at MOA Arena in 2019, many fans came to see him. But since it doesn’t come out much either, “the best thing to do, again, is have an online fan meeting so (I’m) so happy we’re all doing this right now.”

The Park Seo Joon Fan Reunion was the latest in the Smart Hallyu Hangouts, a series of virtual events that allow Filipino fans to interact with their favorite Korean celebrities. After successful meetings with endorsers Smart Hyun Bin and Son Ye Jin last July, it was Seo Joon’s turn at the Hallyu Hangouts, which was broadcast live and exclusively on the GigaPlay app on November 13. Seo Joon was featured last year as an international celebrity endorser. for the promotion of Giga K-Video data from Smart in collaboration with Viu.

During the meeting with the fans, the actor resolutely answered the â€œmost wanted questionsâ€ about him on the Internet.

Asked about the “secret” to being an effective action star, he said, “In a show, it’s really more like choreography, then you can practice that.” He noted that with the help of a good editing, the action scenes worked pretty well for him. He also believes that just like in real life, he enjoys being active and exercising, he is drawn to roles which can also be physically demanding.

Fans were also interested in hearing more about his language skills, as he has apparently been on several lists of the top 10 Korean stars who are proficient in foreign languages. He particularly impressed his followers when he communicated in Spanish on the Korean reality show, Youn’s Kitchen 2, in 2018.

He shared that he was told to travel to Spain at the last minute. He used the short time before the trip to learn as much conversational Spanish as he could because he didn’t want to be a burden on his cast mates. Nonetheless, he admitted that he “doesn’t really speak any of these languages â€‹â€‹very fluently” and that what audiences saw on the show “was really like a survival mode” for him.

The topic of him being considered a style icon was also raised by fans. Fashion was a huge area of â€‹â€‹interest for him, but not so much. Currently, he wears exactly what he wants to wear, including casual clothes in his private time. Sometimes he seeks the help of a stylist and dresses according to the occasion according to what is fashionable. â€œIt’s actually good etiquette to dress appropriately for these occasions,â€ he said, adding that he made sure to pack a suit whenever he traveled overseas. .

Seo Joon got the chance to talk about a selfie he took in Boracay that went viral. â€œThat was a few years ago,â€ he said, remembering he had done a photoshoot and had fun on Paradise Island. He noted that Boracay is a “very well known” destination in Korea, so he was happy to be there and see the place for himself.

Meanwhile, Seo Joon shared untold behind-the-scenes stories of some of his most popular works.

For Fight For My Way (2017), a vivid memory is that the show was filmed in Busan. He had to commute between Busan and Seoul just to shoot the series.

With She Was Pretty (2015), another romantic comedy, he confirmed that they had a lot of nonsense on set. In a fan favorite scene where co-star Siwon touched his butt, it was so unexpected that he remembered how much he had to suppress his laughter just to pull it off. He added: “I don’t try to make people laugh because I find that when I do that it’s not funny, but I’m the type to constantly observe my surroundings because I want to make it pleasant and fun for the people who are working with me.

In What’s Wrong with Secretary Kim? (2018), he said his character was the exact opposite of his own personality and that playing a narcissistic boss on the show was actually very exciting for him.

What’s next for Seo Joon? His next films include Dream, for which he will return to England to complete filming with IU, and Concrete Utopia, which was filmed before he left for England.

Before, when choosing his next movie or series, he looked for character-driven roles. Right now, he still opts for such roles, but also takes into consideration whether the project is entertaining enough for viewers. He also thinks it’s important to think about the message he’s trying to get across to the public.

On a personal level, he said he has many goals, but he thinks that “maybe it all comes down to trying to be a good person.” When asked what his idea of â€‹â€‹a good person was, Seo Joon stressed that â€œhe’s someone who does a job well. He’s someone who has a good influence because he knows that his fans are influenced by him, and therefore he wants to make sure that he is a good influence for the fans.

Regarding his family life, he shared that he just wanted to be a good son. He even revealed that he is currently staying with his parents.

When asked what his job would be if he wasn’t an actor, he replied that there really was no answer because since he was young he always wanted to be one. But these days, he thinks being an actor might not be a lifelong job.

â€œThere is a saying that when you do something for 10 years you become an expert on it,â€ he said. “I have more years to live after these 10 years and I should be open to other things.”

He clarified that this does not mean that he is an expert in interpretation, but his doors are definitely open to other possibilities.

One of the funniest and funniest parts of virtual dating was when Seo Joon read his fans’ messages – from one asking him on a date to another throwing pickup lines at him.

As fan after fan after fan expressed love and appreciation, the actor responded that he couldn’t verbally express everything he was feeling because he gets shy when he hears things like this. this. But he wants his fans to know that it is because of “your love and support that this is all possible, and it’s hard enough when you’re working just for your own personal gain.”

The fact that they all shower so much affection on him is what keeps him going, Seo Joon said.

“I’m really nothing, so when I hear fans say this is the effect I have on them, it moves me a lot.”

(The Hallyu Hangout with Park Seo Joon will be available on Smart’s GigaPlay app in the video on demand section.)