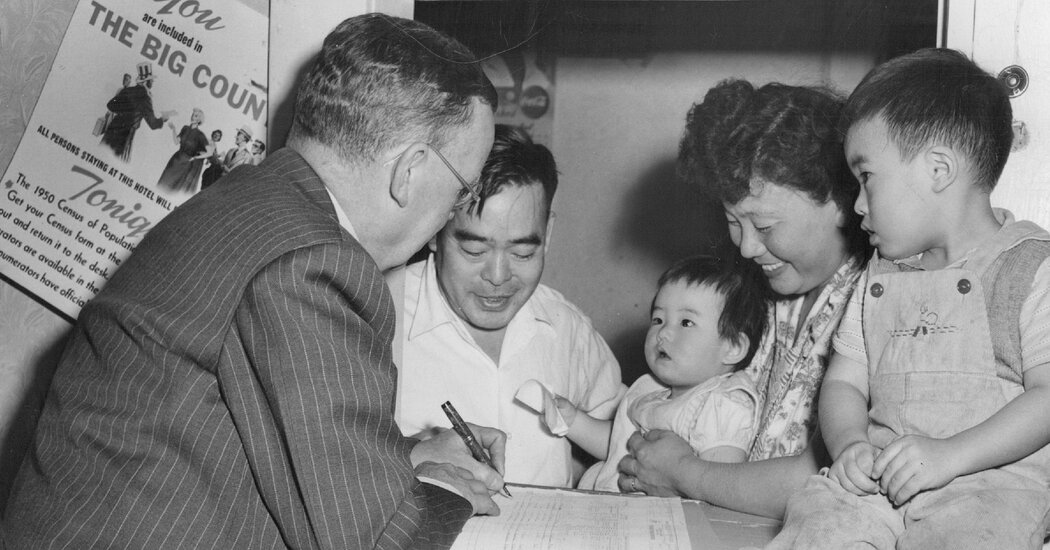 How to find recently released census records from 1950

The National Archives and Records Administration released millions of 1950 census records online at 12:01 a.m. Friday, revealing for the first time a wealth of data about people’s lives — from income to ancestry to education and more – which had been kept secret under federal law for 72 years.

The release of this historical census data, which occurs once a decade (the 1940 census was released in 2012) is a major event for historians and genealogists, but even non-professionals may want to take a look. peek into the archives for details of the lives of parents and others. The National Archives has made this easy: This site provides a link to a free database of census information that can be searched by names and addresses.

Since the handwritten forms for this census were read and transcribed using artificial intelligence, the spelling may be incorrect. The National Archives reported Friday afternoon that visitors to the census site had already submitted 150,000 suggestions for corrections of misspelled or garbled information using a transcription tool on the website.

Nonetheless, public reaction to the new website has been “overwhelmingly positive,” Pamela Wright, the agency’s chief innovation officer, said in a written statement. “The vast majority of people say how happy they are to easily find the information they’re looking for,” she said.

There are ways to make searching smoother. The Census Bureau offers FAQs and tips on this webpage.

For common surnames, such as Johnson, it may be helpful to focus on an unusual first name if one exists. Additionally, a search will find variations of a surname – for example, Smits instead of Smith – casting a wide net to account for the possibility of misspelling. The Archives suggests that researchers check every record produced by a search, even if the name is a little off. Records should become more accurate as website users submit corrections.

If that doesn’t work, it’s possible to browse individual enumeration districts, the small geographic areas by which the census was organized. A list of census districts is available in the Catalog of the National Archivesbut finding the right one requires at least a general idea of ​​where someone has lived.

It should also be remembered that some people may not have been counted at their primary residence – inmates in prisons or college and university students in dormitories, for example – and some people may not have been counted. counted at all. For example, the Census Bureau worked with the Pentagon to obtain information about service members and their families stationed overseas, but most of this data was not retained.

If all else fails, according to the National Archives, it might be time to look elsewhere for clues. Libraries and other archives may have old telephone books and city directories, for example. Archives recommend this iteman adaptation of the search tips for the 1940 census that was published in a genealogical journal in 2011.

Historians and other researchers can download the full data set by visiting the Open Data Registry maintained by Amazon Web Services.

Other large genealogical organizations like Ancestry.com and Family search should soon offer the same data, and these two plan to do their own transcription and error checking of names and addresses, eventually producing what they say is a very accurate list. Although Family Search is a free service, many others require users to subscribe or sign up for a free trial before they can access census records and other data.

Ramit Sethi net worth 2022: How wealthy is the financial advisor?