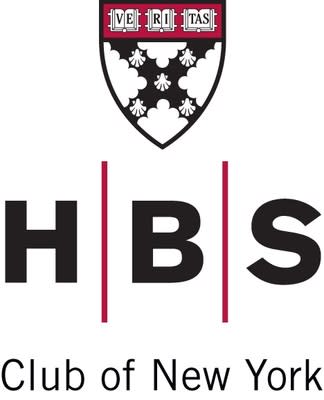 Both leaders exemplify the Club’s ongoing commitment to diversity, equity and inclusion and driving lasting social and economic change in the Greater New York community. With the appointment of Mrs Farrington, the Club has, for the first time, a woman as Chairman of the Board of Directors and, with the election of Claire Peters to the presidency in 2021, women in the positions of chair of the board and president.

Deborah Farrington is co-founder and managing partner of StarVest Partners LP, a New York City venture capital based firm that invests in technology-based business services, with a focus on software as a service, data and analytics, and internet marketing. Founded in 1998, it is one of the largest majority women-owned venture capital firms in the United States. Ms Farrington has been named to Forbes multiple times Mida 100 list of top venture capitalists, twice top woman on the list, and received the Foreign Policy Association Medal for Achievement in Financial Services in 2018. She is a graduate of Smith College where she served as trustee and chaired its investment committee.

She holds an MBA from Harvard Business School where she endowed a “Scholarship for Women Entrepreneurs” and served on the Visiting Committee and as Vice President of the Council of Alumni. She has served on the club’s board of directors since 2008 and chaired its leadership dinner in 2016 and the HBS New York Women’s Leadership Accelerator conference in 2019. She is a board member of the American Friends of the Victoria & Albert Museum in London and the Affairs Committee of the Metropolitan Museum of Art.

Ms. Farrington said: “HBS Club of New York has built a remarkably vibrant community. I’m proud to be associated with an organization that empowers our alumni to use their leadership and business skills to make such a meaningful difference.

Zamir Kassam is a jewelry designer, entrepreneur and storyteller who has established himself as one of the most innovative thinkers and artists in the global jewelry industry. He is the founder and CEO of Zameer Kassam Fine Jewelry, which he launched in 2011. While the business began as a passion project, it tapped into a growing demand for personal design and thoughtful experiences, earning praise from the press and industry. In the fall of 2020, Harvard Business School published “Zameer Kassam Fine Jewelry: Engaging Clients”, a case study describing its unique business model and how it has changed during the global pandemic. The case is currently taught to MBA students, Executive Education participants, and YPO (Young Presidents Organization) members, among others. Mr. Kassam has been featured in publications such as New York Times, VOGUE and CNBC. He is a friend of the Costume Institute at the Metropolitan Museum of Art and is currently the subject of a BBC documentary.

Mr. Kassam commented, “The New York HBS Club is a unique and powerful platform. I look forward to building on existing foundations, with a particular focus on creative entrepreneurship and deepening relationships with LGBTQ+ and other historically underrepresented alumni groups.

About the Harvard Business School Club of New York

Does CMS matter for search rankings?