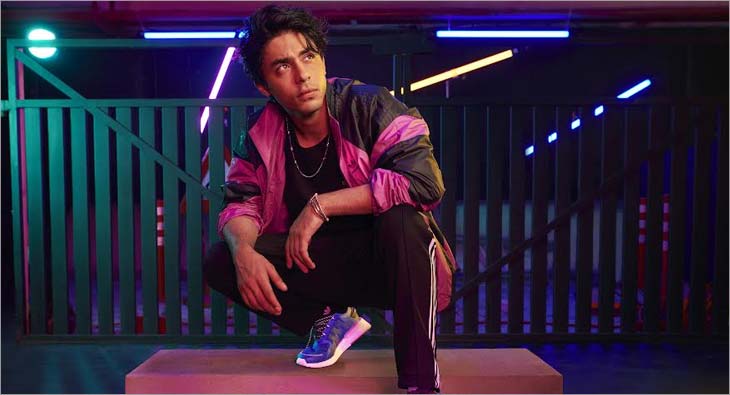 After stepping away from Instagram for a while following the drug controversy, Shah Rukh Khan’s eldest son, Aryan Khan, has returned to the platform and that too with a branding deal. He recently posted a series of photos posing for adidas Originals NMD_V3 in collaboration with the brand.

However, the collaboration raises an interesting question: although he has been MIA of social media for a while and not actively working on projects, how is Khan relevant to adidas?

Is the drug controversy finally over?

Around this time last year, the news was full of Aryan Khan being arrested by the Narcotics Control Bureau for allegedly bringing drugs on a cruise. Although he was released on bail 20 days after his arrest and received a clean tip in the case earlier this year, many wondered if he would be able to overcome this controversy and build a career.

Looks like the answer came in the form of this brand association. As Viren Razdan, MD of Brand-Nomics puts it: “The controversy goes back a long time and he came out clean. The buzz has catapulted KhanJr into the limelight and it’s not a bad thing at all.

Khan is still not actively working on Bollywood projects, neither modeling nor creating content. Yes, he has 2.1 million followers on Instagram, but is that enough for him to promote a brand?

The industry attributes this association to the “kid star craze” among Indians.

A media veteran jokes: “What the popularity of kids like Taimur Ali Khan (the eldest son of Saif Ali Khan and Kareena Kapoor) has taught us is that the nation is crazy about child stars. We don’t know if people would start following Aryan Khan’s style or following his brand recommendations, but they are following him. It’s a bold move for adidas to invest in him. They might be ready to get the advantage of a first mover in this case.

Grapes Executive Creative Director Priyank Narai agrees: “Whether we like it or not, India is a star nation. And aside from our stars, we also love our star children. This has been one of Karan Johar’s business models. Even a country like the United States, which has such a large film industry, does not see too much of the emergence of child stars. So, it looks like adidas is trying to capitalize on this child star love phenomenon that our country has.

Although Khan will have to prove himself before getting more branding deals and recognition in the industry. Razdan says, “Celeb kids have a head start in being endorsed by celebrity parents, but the way they cut the ice tells what their impact will be. AB & AB jr. Sunil and Rohan Gavaskar, Sachin and Arjun, they may all be born to be recognized but have to earn their stripes. For Aryan Khan, these are the first steps of his “brandhood”. It has no public images yet. adidas’ early association with him is an investment, but his development will depend on how K jr. shapes (his image) publicly. So far we haven’t heard or seen it other than Mop of Hair youngsters coming out of airports and parties.

What kind of brands could partner with Aryan Khan?

Although Aryan Khan will take time to carve out his own space in the industry and a lot will depend on his personal/professional aspirations, more brands could benefit from his influence on social media.

Narain concludes: “Just like some stars, like SRK or Amitabh Bachchan, who are used because of their star power, he too can be used for anything. But given his age and identity, perhaps fashion brands could use him well.