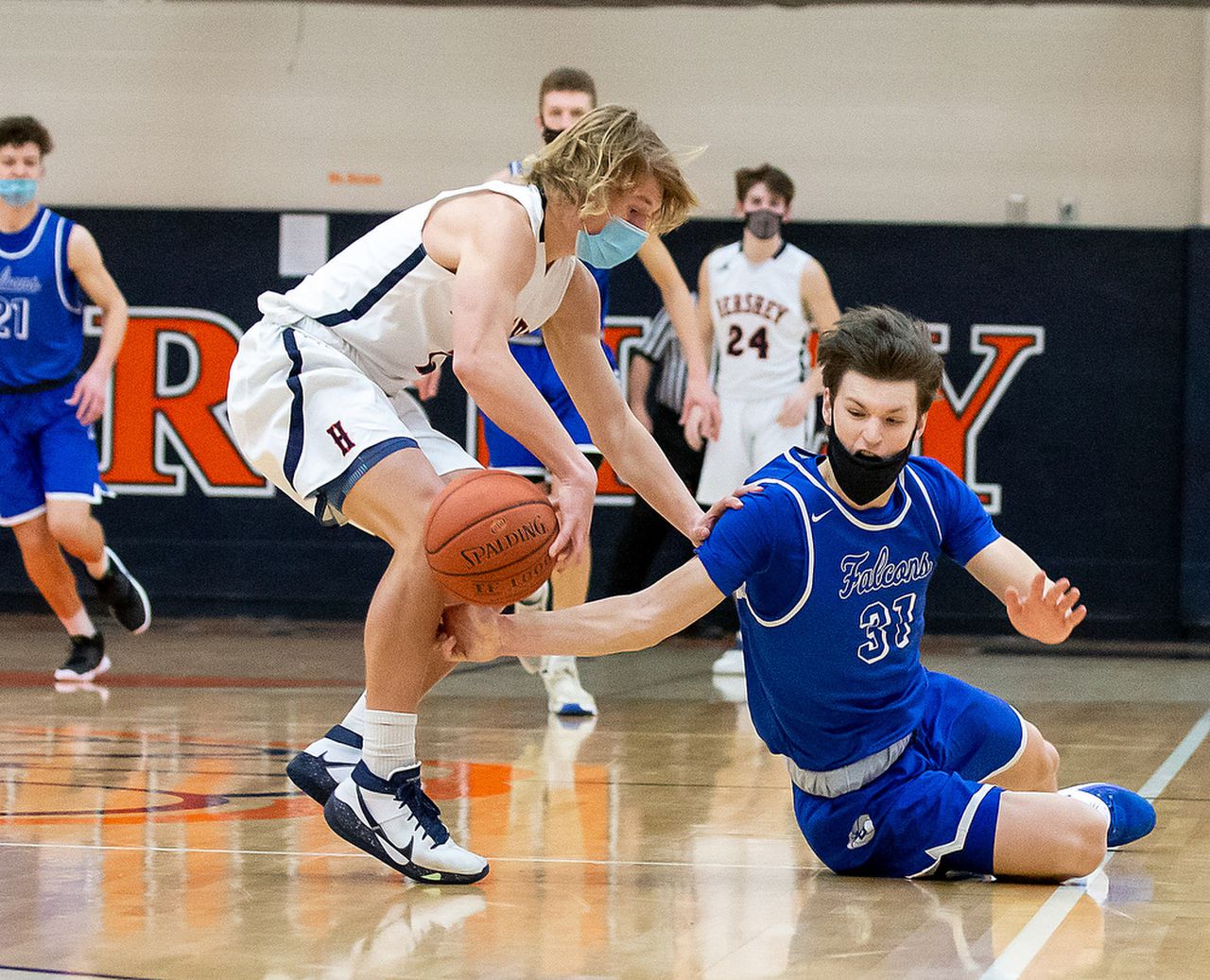 The Lower Dauphin Falcons took the win on Friday, battling an 18-point deficit to defeat the Hershey Trojans in a physical game, 62-58.

What had been an offensive racing game deteriorated into a festival of gripping, clawing fouls for most of the fourth quarter. The Hershey bench was given a costly technical foul after one of Jackson Mascari’s many trip calls at 2:20 to go. Lower Dauphin senior Tyson Hofsass calmly hit both free throws to give the Falcons a 59-56 lead.

The ragged finish overshadowed the spectacular shots for much of the game. Lower Dauphin took a 10-0 lead after three straight games for Hofsass and Braden Landis.

It was Hershey’s turn to catch fire in the second quarter. After Drew Colman hit three runs from back-to-back possessions, Mascari made him better, drilling three straight from downtown to give the home side a 26-21 lead.

Coming out of half time, the Trojans scored eight in a row to take a 47-29 lead with 5:03 in the third quarter. After a timeout, the Falcons made up the deficit, reducing the deficit to 49-46 after Hofsass hit a 3 as the bells rang.

GAMES THAT DECIDE THE GAME

Mascari caught a pass in the lane and made a quick movement towards the basket when he was whistled for traveling. The call drew a demonstrative response from Hershey’s coach Paul Blackburn. While the technical foul pleased the local crowd, it seemed to drain the life of Les Troyens. His only points after technique came on a Mascari lay-up with 1.1 seconds to go.

“It was just us playing together and recovering and taking possession one possession at a time,” Hofsass said of the comeback. “I am proud that our team is not giving up.